There can be Only One - the Power of Authenticity

Authenticity can be defined as your actions, behaviors being in line with your value system, instead of being influenced by society and conforming to norms to the extent that you fundamentally deviate from who you are as a person. But how do you maintain that authenticity while operating in a corporate workplace?

“You ask yourself: to what extent do I try to be like everybody else? Or do I go in being 100% myself with all my habits and behaviours?”

For myself, and I can imagine for other ethnically diverse talents, this question can sometimes be even harder to answer as these new work environments can be so different to our heritage and dominant social environments.

I was born and raised in Suriname, and lived there until I was 18 before moving to The Netherlands to study. Although we have Dutch as a common language, it’s an entirely different world in terms of culture and how we interact socially.

I was the only Surinamese and probably the most ethnically diverse person in my engineering class. Initially it was a struggle for me to strike the right balance. I remember thinking, do I try to fully assimilate with my Dutch co-students or do I rigidly hold on to my Surinamese identity (especially being far from home) with the risk of not being accepted (or not fitting in)?

I’ve seen two extreme sides of the spectrum with friends from Suriname and other developing countries. Some have rigidly stayed the same and haven’t adjusted in any way, while others are somewhat unrecognisable and have blended so much into their new environments  that they’ve lost who they once were.

Although these are two extremes, I guess it demonstrates how difficult of a process it can be. However, I do think balance is important! You can absolutely adjust without losing yourself, remain authentic and contribute “more of you” to your (work) environment whilst embracing other cultures, too.

Early on in my career being authentic worked out for me. I remember as a junior being at a lunch meeting with an Executive VP of a large multinational, from whom we had just won a large project. I was nervous about how to engage with him because he seemed different from me in so many ways (i.e., ethnicity, age, stage in career/life, culture and background ). For my career, he was the most important person at the table to build a good connection with. So I contemplated whether I should try to mirror him/the rest of my team, at least where I could. I decided to just be myself – quite early in the exchange show my warm personality, make light-hearted jokes and have a conversation beyond business talk. I chose to be authentic whilst still professional, and the meeting worked out perfectly!

In reality, he probably meets people who are like him or try to mirror him every single day, but meeting someone that dares to be themselves (even if different) is probably more an exception. I have gotten to know that VP beyond the surface and he still remembers and respects my authenticity till today!

Fast forward 20+ years after arriving in The Netherlands, having lived and worked in the beautiful highlands of Scotland, “the longest bar in the world” being Dusseldorf and now on the doorstep of the Swiss Alps, I have had ample experience in finding this balance both professionally and socially.

The internal monologue hasn’t entirely changed, although it’s now a more efficient and better-evolved assessment I make every time I arrive in a new country, at a different employer, meet a new client or even start a new project team. It’s now rather a question of how much of myself I show at what point and how much do I adjust to enrich myself.

There isn’t a secret recipe to being authentic, however, over the years there are a few core things that spring to mind:

1. Don’t blend in because you think that you have to Where others around me decided to cut down their hair to look more “corporate”, I made a deliberate choice to continue wearing my cornrow braids. I feel they are part of my identity and don’t take away from my professionalism. So, even with these small external gestures, I try to bring a bit more colour in how I present myself whilst remaining professional – in order to reinforce my authenticity.

Again, there’s no recipe for this, but try and let more of your personality and background out so it doesn’t feel false and see how that is accepted by your environment. In case you feel that you need to change too much of yourself to belong and succeed, you may need to consider if the environment is right for you!

3. Authenticity is always an advantage Authenticity and being yourself generates interest from others and you get remembered! The profession that I practice (at a big four consultancy firm) is unfortunately still dominated by caucasion men. On the bright side, if a few of us go into a client meeting (all other things being equal), I always belong to the ones getting remembered. Not merely because of my ethnicity, but more importantly my authenticity -being me including my warm and open verbal and non-verbal communication. I don’t try to build a “fake professional distance”, which can be perceived as the norm! It’s always been an advantage for me. Figure out your strong “authentic traits” and make them work for you!

In summary, although organisations have a deep responsibility to promote inclusivity and diversity in hiring, onboarding, and general day-to-day work, being authentic (and ensuring that you can be) is down to you as an individual. Although it can feel daunting at first, remember that there is a lot of power in being authentic, and being “just like everybody else” isn’t going to fulfil you in the long-term.

About the Author Guillano Demon is an Associate Partner at Ernst & Young Switzerland. He was born and raised in Paramaribo, Suriname and moved to the Netherlands at 18 years old to study chemical engineering at Delft University of Technology.

After starting his career in Johnson & Johnson working as an engineer, he is currently with EY helping fortune 500 companies cross functionally transform their Operating Models to get them “future-ready”.

Guillano gets energy from new challenges and making a difference where it matters the most! Through Roots Inspire, he is able to do that by mentoring and sharing his experience with upcoming ethnically diverse talent. 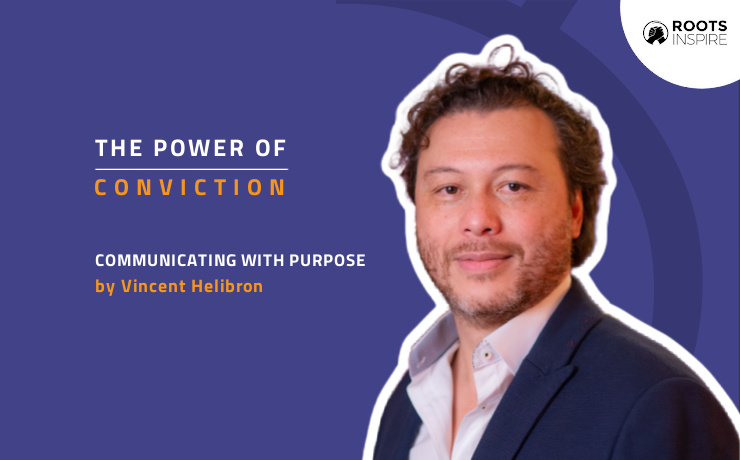 Communicating with Purpose – the Power of Conviction 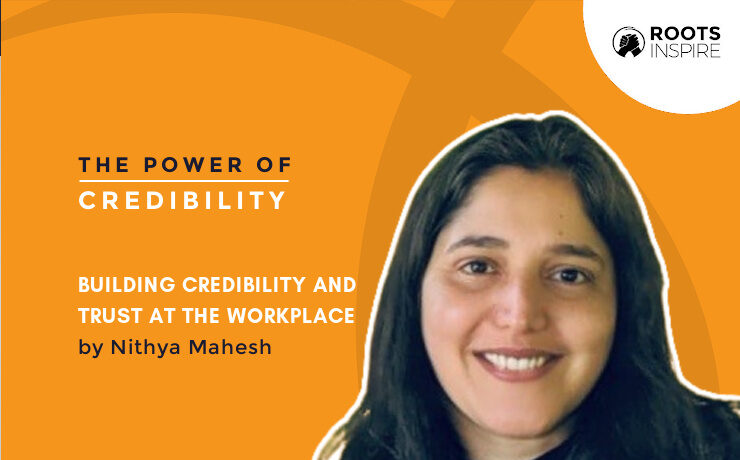 Building Credibility and Trust at the workplace